Larkin CC basketball features heavily in today’s addition of the Evening Herald but pride of place goes to the fantastic Salim Yahuza who has been named the Evening Herald Sports star of the week. Well done Salim we are super proud.

Hard luck to our under 19 girls who lost out 27-17 in a tough game to Balbriggan. Well done to our under 16 girls who recorded a 33-13 victory to finish top of the league.

Pride, Passion, Guts and Determination are 4 words that easily could be used to describe our under 19 girls basketball team today but the word heartbreak sums up the occasion perfectly. Every one of the girls gave every ounce of effort and energy in a bid to qualify for the All Ireland Cup Quarter Final so much so that the outstanding Alicia Jadia had to be carried from the floor with one minute remaining but sometimes stories don’t get the deserved ending. In a game that ebbed and flowed throughout the Larkin girls lost out 46-39 to a talented and tall St Andrews side. On reflection the girls will look back on 22 missed chances on offence in the first half which saw them trail by 11 at one stage but aided by a strong defensive set the girls never once gave in and managed to draw level at 37 each with 3 minutes left on the clock. A fantastic corner three point shot from the St Andrew power forward sucked the life out of larkin and although they pushed hard for the final 2 minutes the result would not go our way. Huge credit to the girls who dug deep throughout and nearly pulled it off.. Samantha Kerrigan worked tirelessly under the boards on defence with Alicia Jadia adding the finesse on offence from the point scoring 16. Maja Miedjeko and Rose Mesquita were lightning quick on the fast break picking up 8 and 7 points respectively. Amran Maxamad played an integral role throughout adding 8 points and the fantastic Tatiana Orlov picked up some really important rebounds on the defensive end. Although our cup journey is now over the girls still remain top of the Leinster league and will face rivals Loreto Balbriggan on Friday. Heads up girls, we are all super proud of the effort and the pride you show representing our college. Final score Larkin CC 39 v 46 St Andrews.

It's a week of tight finishes but this time the victory was snatched from the Larkin Under 16 Girls Development Squad with 36 seconds to go. Basket for basket all the way through the Larkin girls have shown how much they have learned in such a short time. With two players down, one due to injury and the other due to work experience, the team really stepped up to the mark and played a strategic game with great passing. The future of this group is bright with consistent training ahead. Well done girls...we are so proud!

A day of mixed emotions on the Larkin basketball court today as immediately after the U.19 match the U.16 Development Squad met with nearby Stanhope Street. It was a game that was anybody's all the way through to the full time whistle when at 18 points each the referee called 2 extra mins of play.....not once...but four times. Spirited offence, determined defence and hearts throbbing does not even come to describe these last 8 minutes of extra time. Joanne Bamba, who already had 4 points to her tally and had been a cornerstone in defence and setting up plays waited until the last 33 seconds to send screams through the Sports Hall. Every single player has grown in ability and maturity on court since their first match together 3 weeks ago and with 2 matches to play fingers crossed.for making it to the next round.

Well done to our under 19 boys basketball team who have qualified for the All Ireland B Cup Quarter Final for the first time in the Schools History. An absolutely astonishing offensive performance from Salim Yahuza saw him finish the game with 49 points to his name. Honiss Shamloll added 18 and Thomas Murphy contributed 17 in a game which saw him well marshalled. Mark Szeder stepped up with an important 6 points at a stage when Munchins were looking like grabbing a foothold on proceedings. The Lads now face Colaiste Pobail Bantry in the Quarter finals. Final Score: Larkin 90 v 78 St Munchins. 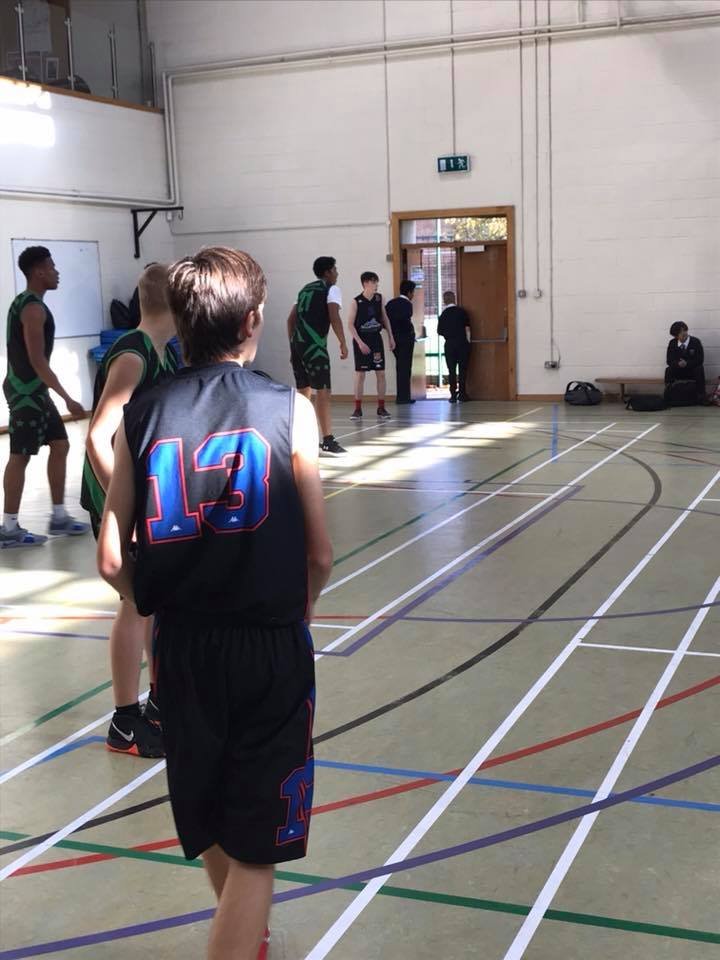 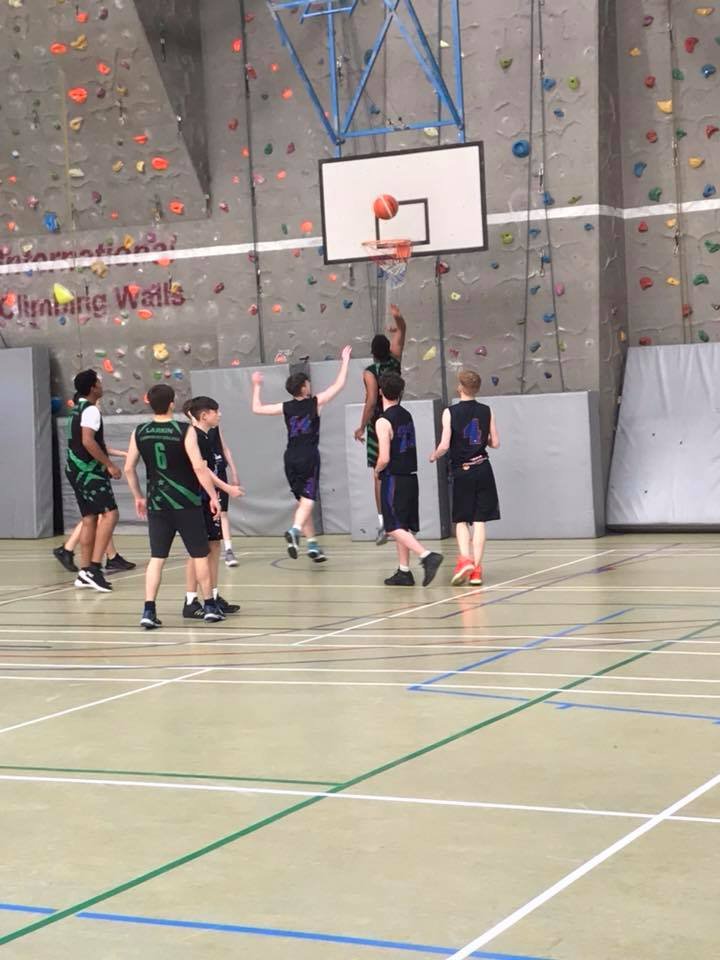 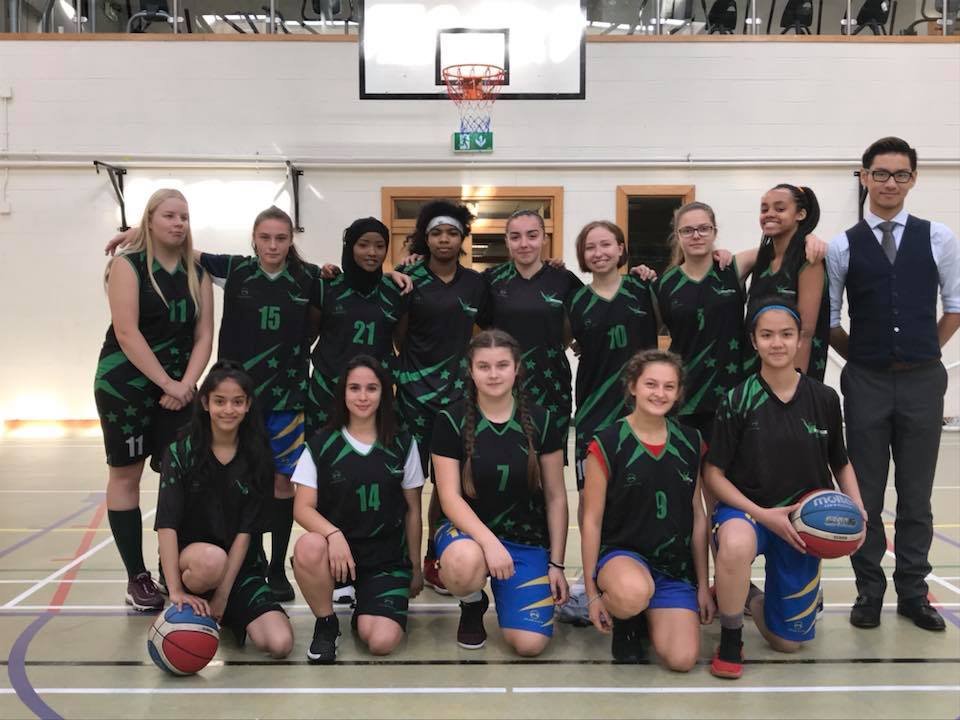 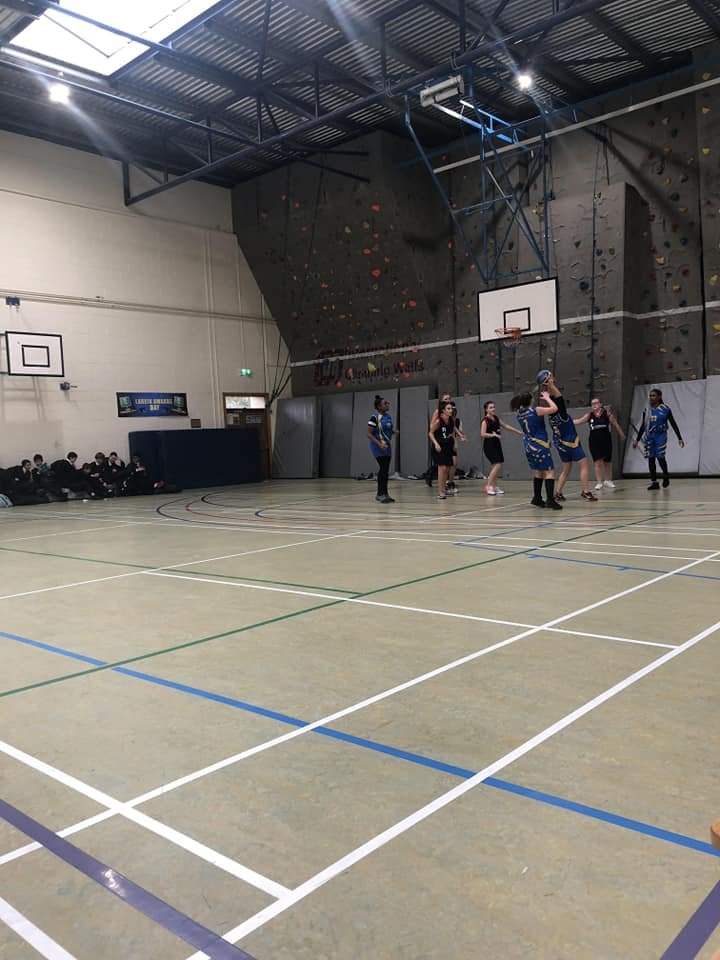 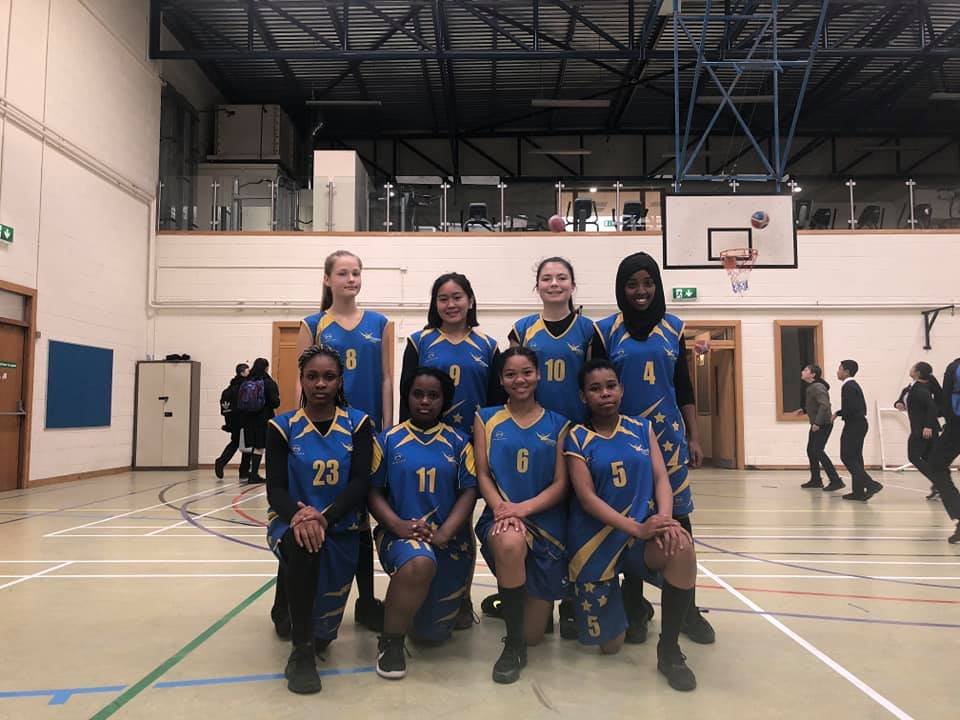 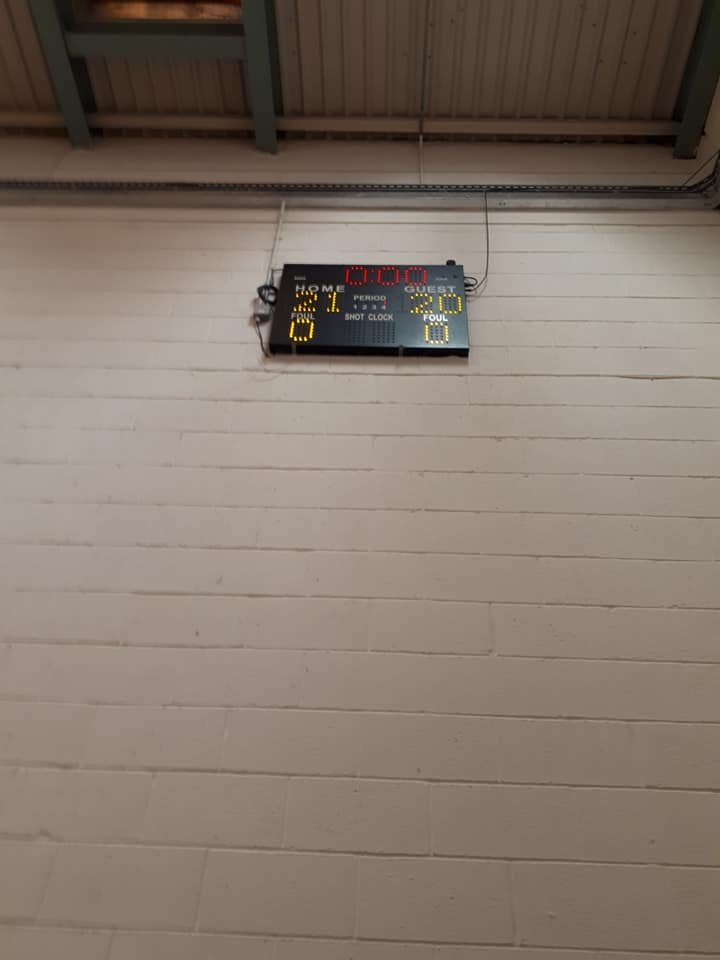 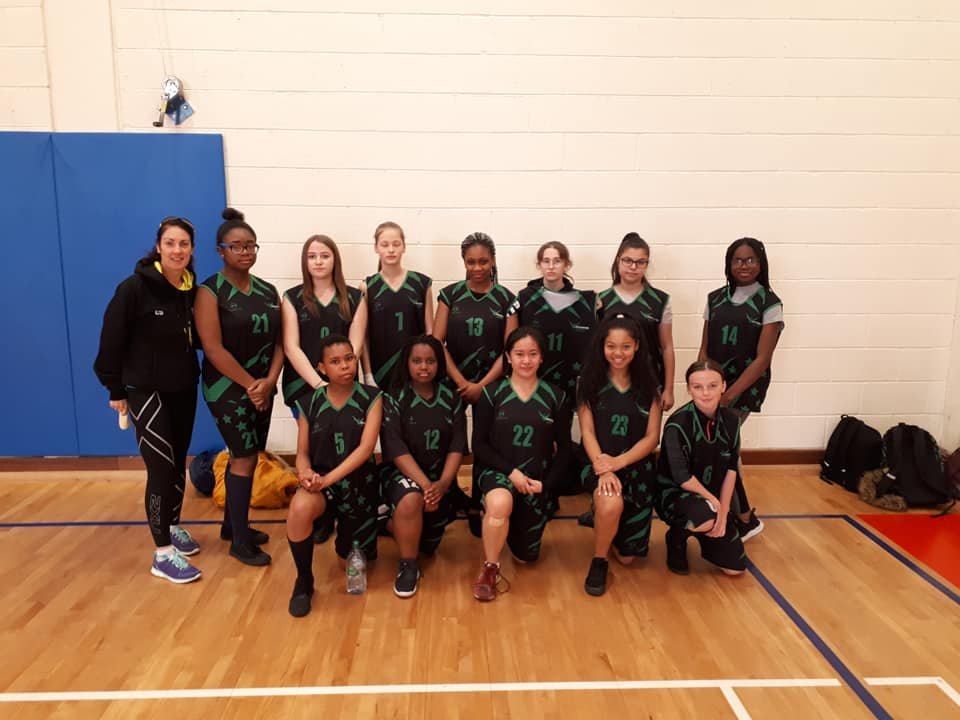 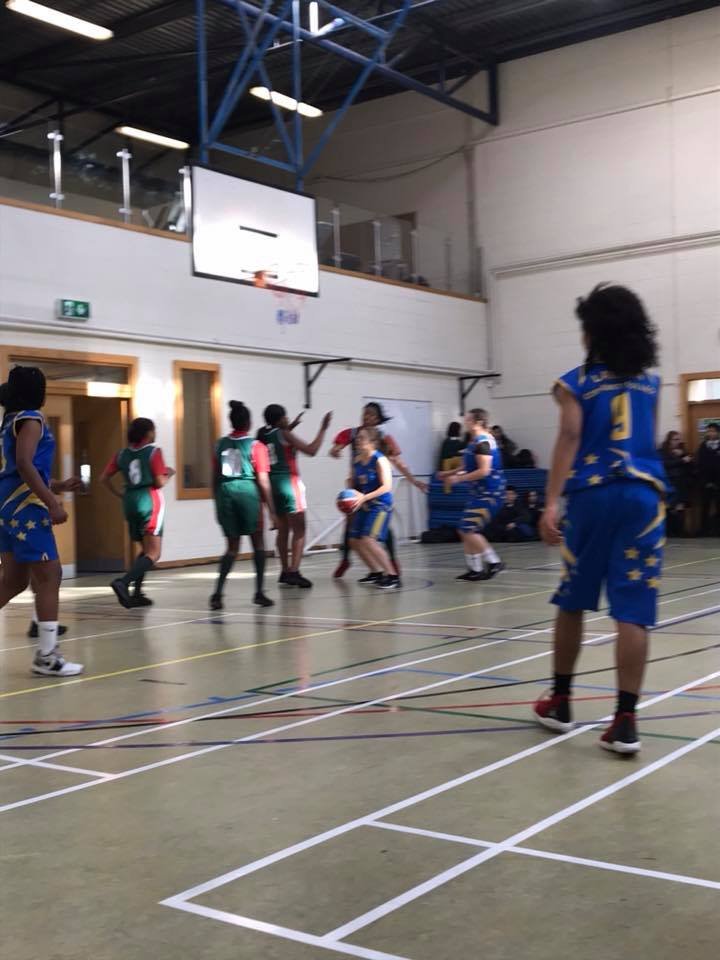 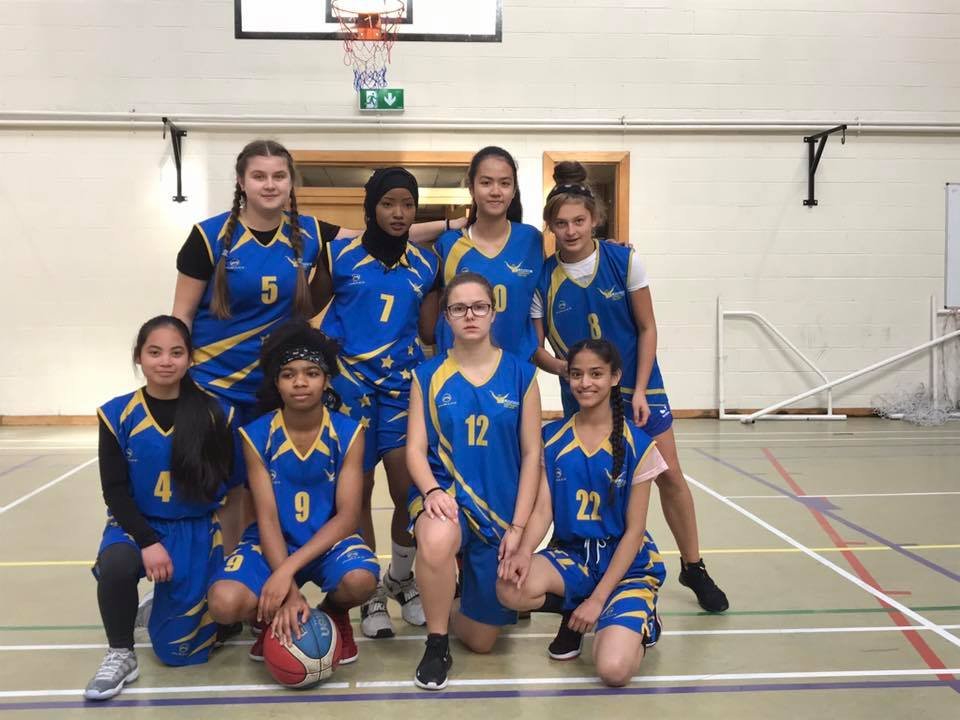 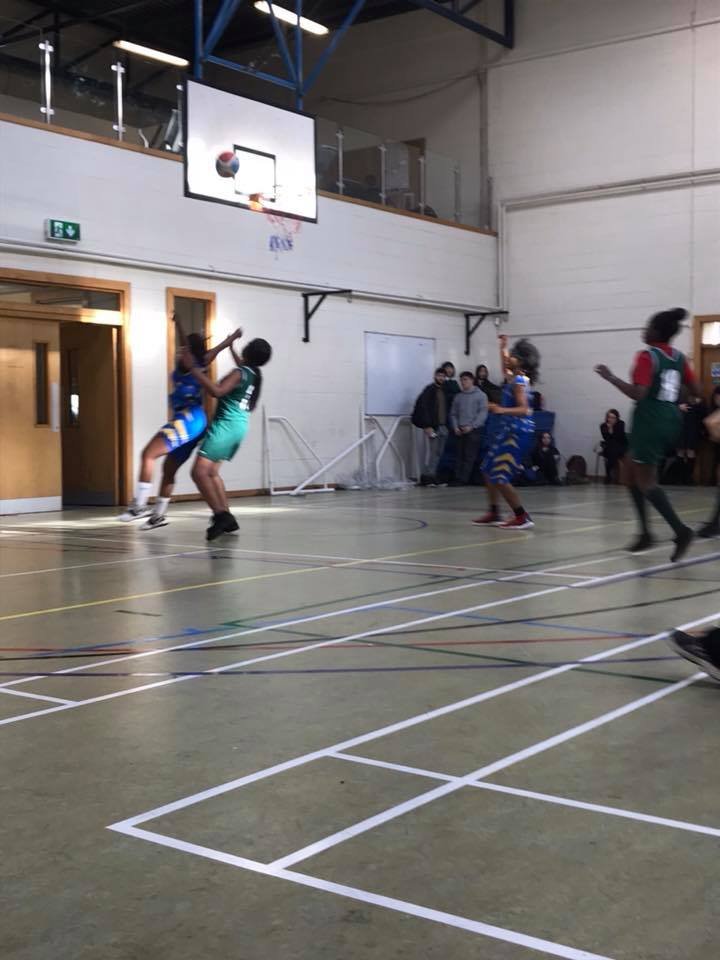 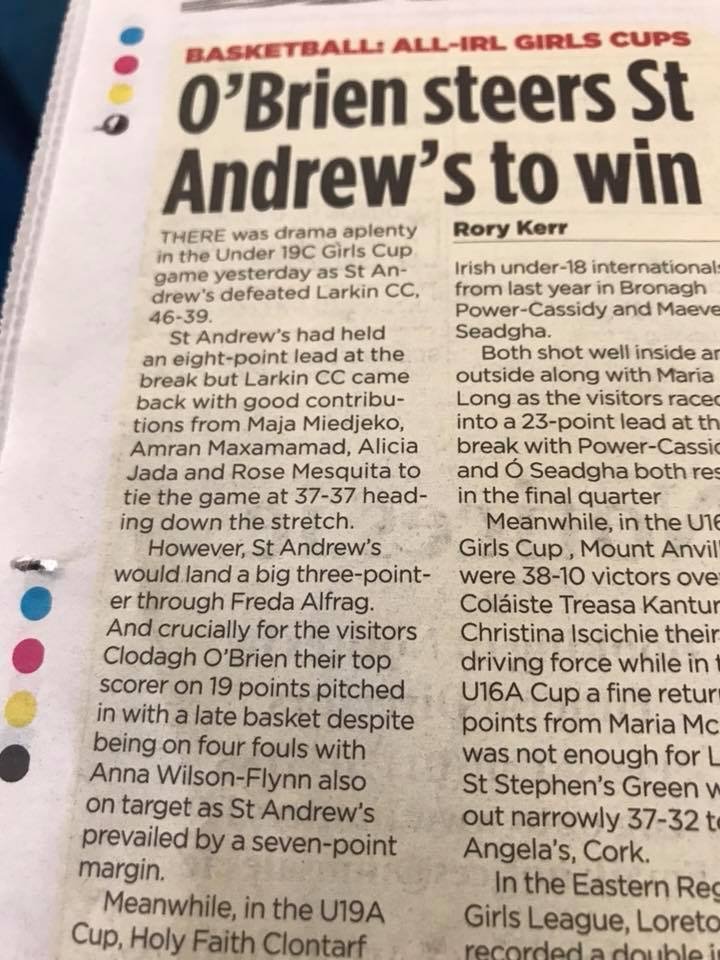 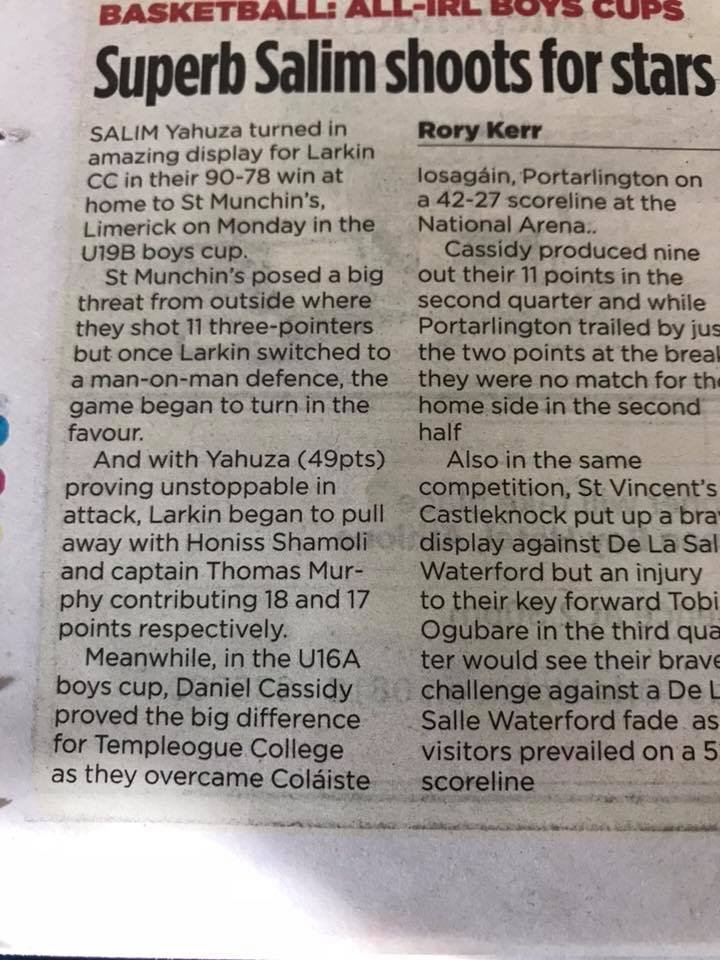 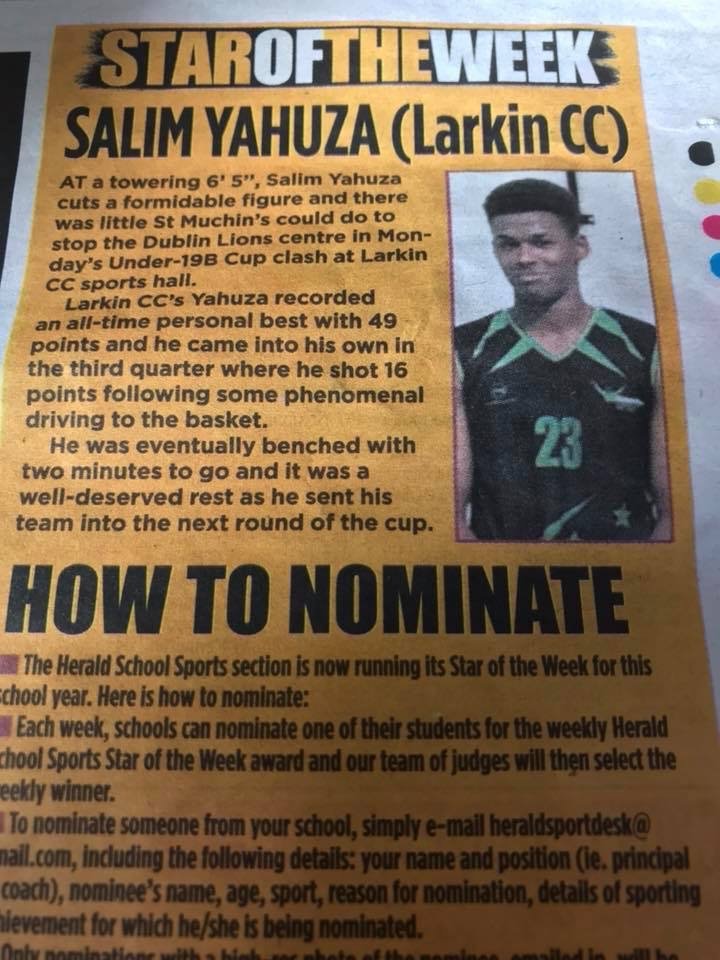 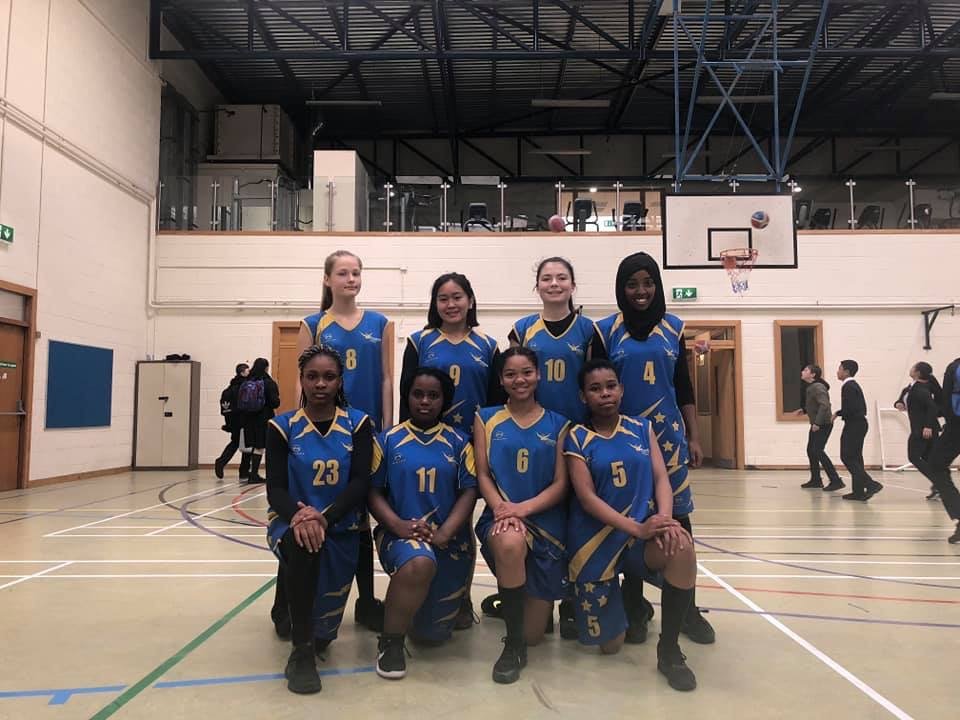 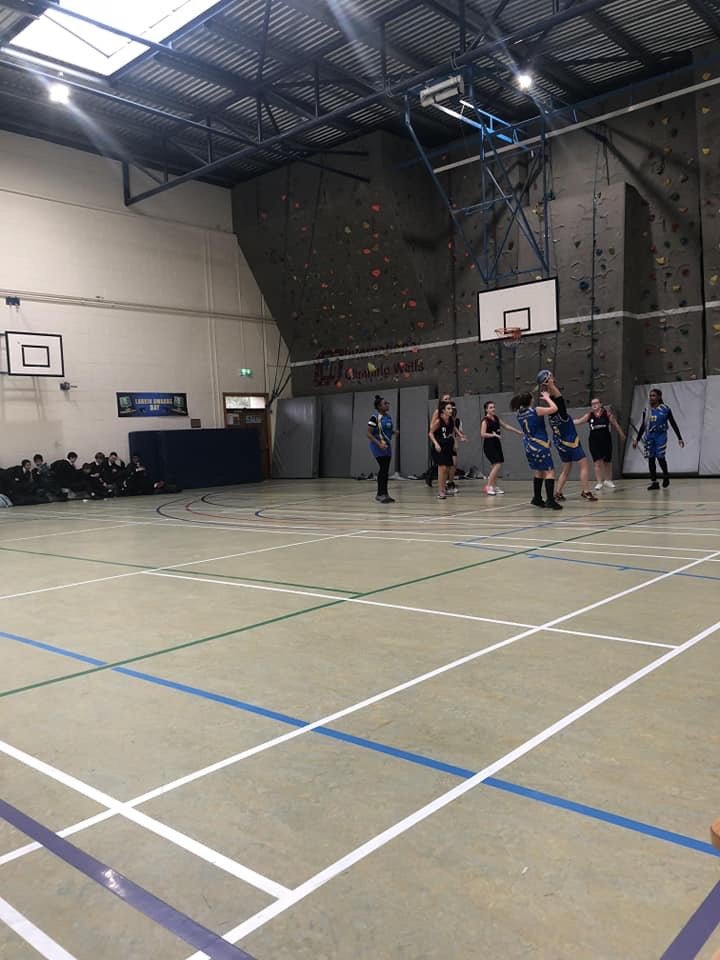 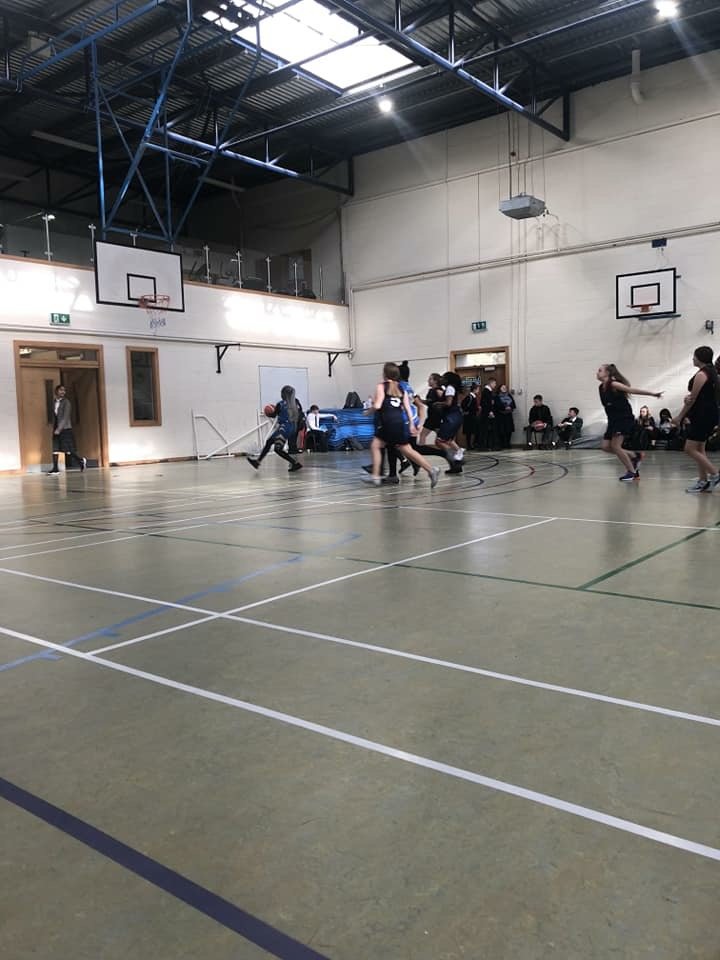